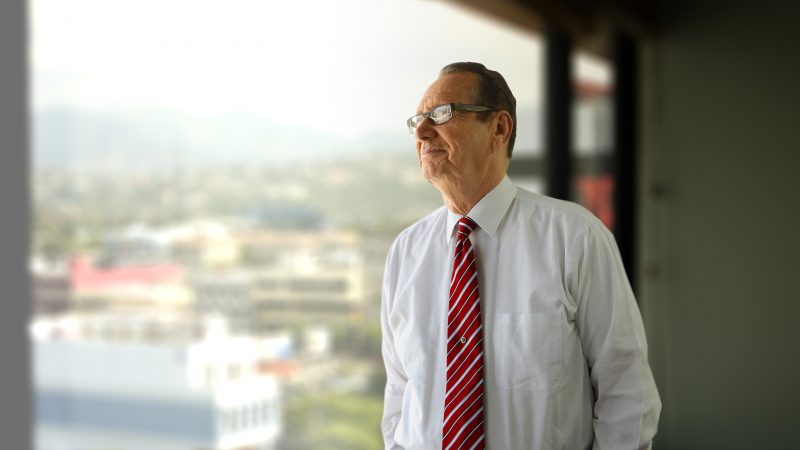 An Idea Comes To Life

It was a period in Jamaica’s history where foreign countries seeking international expansion, owned scores of private sector organisations. Danny Williams wanted more for his country. He and other members of the then middle class were stirred towards Jamaicans becoming owners of businesses.

When Jamaica was granted her Independence, on August 6, 1962, it brought a sense of purpose and a        challenge. All over the country, people felt the urge to develop new projects and explore new ideas. In this atmosphere, the idea of establishing a locally controlled life insurance company took root in the minds of six enterprising young Jamaicans: Danny Williams, Adrian Foreman, Manley McAdam, Donald Davidson, Herbert Hall and Peter Rousseau. A mountain of challenges stood in the way.

Danny Williams recalls when Life of Jamaica was just an embryo, Jamaica did not have one local actuary or many of the other human resources necessary to establish such a company. Not daunted, Danny Williams looked to the fact that North American Life, for which he and many of his countrymen worked, had its        largest, most successful branch worldwide within the shores of Jamaica. For Danny Williams, that was all the confirmation he needed that Jamaica could have its own life insurance industry. Life of Jamaica came into being on June 1, 1970.

Since its foundation in 1970, Life of Jamaica gained the reputation of being a pace setter, innovator and leader in the Jamaican life insurance industry. The tradition established by R. Danny Williams and his team still remains with Sagicor Group Jamaica today. The Group now offers products and services in the areas of Banking, Insurance, Investments, Real Estate, Asset Management and Retirement Planning. Sagicor Life Jamaica Limited is the leading life and health insurance provider in Jamaica; Sagicor Bank Jamaica Limited is one of Jamaica’s largest commercial banks, and Sagicor Investments Jamaica Limited is one of the top investment companies in the country.

Part of the dream of R. Danny Williams was the creation of a Caribbean Company. The laws, which existed at that time, made this impossible…a Caribbean Life Insurance Industry was not to be. Today, the former Life of Jamaica is now the tremendous Sagicor Group Jamaica, a part of a wider international conglomerate Sagicor Financial Company, which still has a large number of Jamaicans owning shares and is still a major investor in the lives of Jamaican people. Sagicor operates in over 20 countries and its operations date back to 1840.